Inspired by the famous TED Talk by novelist Chimamanda Adichie, this summer, Fulbright ETAs share their experiences challenging or affirming the Single Story of the USA. Read the full series here.

I went around the high school classroom calling on each student.

Slouching back in his chair. “Thief.”

Trying to avoid my eye. “Prison.”

Smirking and sitting up brightly. “Nigger.”

Was this my fault, I asked myself, for bringing up this word’s significance in a lesson about To Kill a Mockingbird? Was it a consequence of spotlighting a term they had clearly heard but could not possibly understand?

Why? I asked myself as anger rose up my spine like an ominous fog. What to do? Stop the lesson? Take him into the hall? I don’t give grades. They may not take my authority seriously, I thought frantically.  They may laugh at me and it could backfire.

I tried to steel myself as I looked him straight in the eye.

“That word is incredibly offensive, especially to someone from the U.S. Please do not say it again.”

It was one of the most minor incidents of racism that has ever happened. It couldn’t begin to compare with the everyday lived experiences of a Black person. But it shook me. 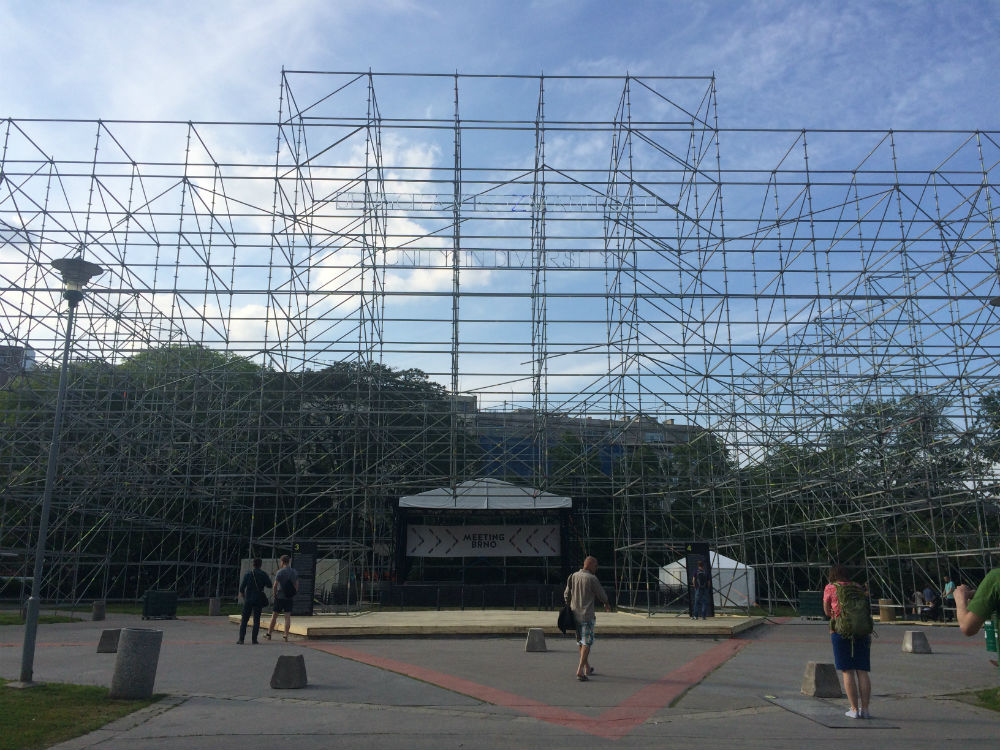 A reconstruction of the “German House” in Brno’s Moravian Square for an exhibition about Germany’s influence on the city. At night, the structure was lit with a sign that said “Unity in Diversity.” German residents were stripped of citizenship and driven out of Czechia in the aftermath of WWII.

Conversations about race in my small Czech town have been both fruitful and frustrating. As someone who spent most of my life in Queens, New York, I came up hard against the reality of a place where diversity could be a bad word.

Over and over, I bit my lip and tried to restrain mild hysteria while rambling freely about news of the police violence that flows in a never-ending stream from the US. To talk about Ferguson, Mike Brown, Trayvon Martin, Eric Garner, Freddie Gray is one way in which I am useful, a topic on which only I can give a perspective. Students listened rapt and open-mouthed. I had to answer – probably not at all comprehensibly – “Well, sort of,” when a student asked, “In the U.S., can you really just carry around a gun and shoot anybody you want?”

I held my breath before starting in on the slide titled “A Note on the Word ‘Nigger.’” At least two students barely suppressed those familiar smirks. They don’t care about Huckleberry Finn. Their only exposure to people of color comes through popular movies and rap music. Students ask, “But if black people use it, why is it so bad?”

I have come to realize that my students’ culture does not give them the tools to examine what they say. In Czech, Asian people are normally referred to as “yellow,” and their shock at hearing that this is unacceptable in English mirrored my own at their insistence that they didn’t mean to be racist. I may not think that political correctness is a panacea, but it is embedded in my American psyche. For this reason, every offhand comment uttered by an ESL speaker deepens my feeling of urgency about race education.

Czechia’s fifty years of Soviet occupation, during which the country was insulated from immigration, resulted in a fairly homogenous society. Even today the ethnic majority is overwhelmingly white and natively Czech. Misunderstandings about Black people are not the only way that race has made an uncomfortable appearance in the classroom. The Roma are Czech citizens, but white Czechs almost always refer to them using the term ‘gypsies,’ implying that they are outsiders.

When I first broached the subject of race in my classes, I was asked a few different times, “Are black people in America like gypsies here?”

How could I answer this ignorant question firmly without condemning their innocence? I remember not knowing how to contain my anger when I first heard that a run-down area of Brno with a predominantly Roma community is called “The Bronx.” The Roma regularly confront stereotypes about laziness and violence. But there is much more to the story than I could possibly hope to convey in simple English, in 45 minutes, without even a Pilsner. 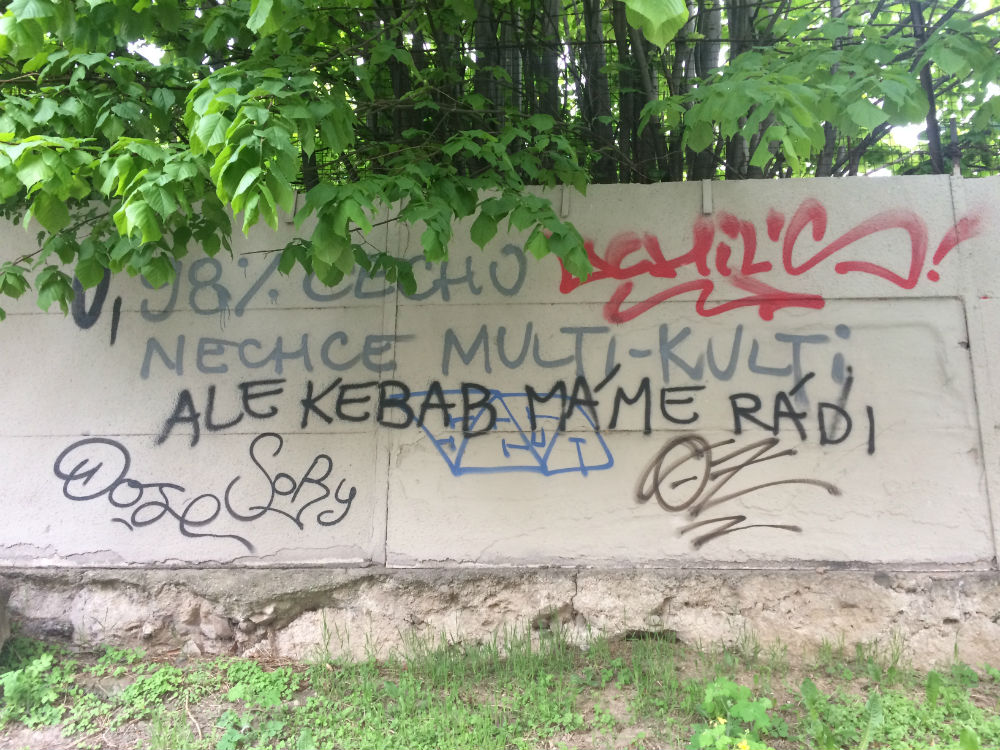 At orientation, the Fulbright committee briefed us on the typical Czech attitude towards the Roma. In Prague, some had worked with Roma advocacy organizations. They told us, for example, that Czechia has been rebuked for segregating Roma children in special needs schools and pressured to pass education reform. We were encouraged not to engage with people who would invariably start their sentences with “I’m not racist, but…”, because we would not change their minds. They had experience, they believed, and they knew.

We had to learn for ourselves, though. It seemed that all white Czechs had a story about how the Roma had attacked or mugged them or made them feel unsafe. One day while riding the train to Brno, a young Roma man sat down across from me. I smiled at him.

“Clarisse,” I lied, using the name of my favorite literary character, from Fahrenheit 451. His eyes widened in surprise as he asked where I was from. “Z Ameriky,” I replied.

“But you speak Czech,” he grinned. “Do you have a husband?”

I shook my head no as I realized where this was going.

I pretended not to understand, looking confused, and while he continued on this line of questioning, I turned my head away, trying to show that my Czech abilities had reached their limit.

The moment he touched my knee, I stopped looking out the window and told him to leave me alone.

When I recounted these stories to my colleagues and friends, I received ready, empathetic nods. My choice of the word “Roma” puzzles them. Gypsies, they laugh, are “socially pathological” welfare dependents.

Once, while I was on the street with a friend in Prague, a white Czech man called to me in a theatrical whisper, “Sexy.”

I gave him the finger, and he barked “Kurva!” Whore.

For this story, I only received disbelieving stares. That man was just stupid, people told me, or drunk.

In Czechia, political correctness exists only as filtered in from the west, and it can stand in stark contrast from how people typically speak. Often, the idea of PC culture is denigrated, because what would be thought offensive in the U.S. is simply considered expressing your honest opinion.

Recently, there was an uproar over black models that appeared in advertisements for Lidl supermarket. Czech comments on social networks read, “The media are trying to force multiculturalism on us” and, “Why is there a nigger in your catalogue again?”

To its credit, Lidl responded, “Dear customers, considering that the Czech Republic is a part of Europe and people of many different nationalities and different colours of skin live in Europe, we regard the models in our advertising leaflets as being perfectly in order.” A small victory. (It is important to note that Prague has a large, diverse non-Czech community and some modern perspectives may disagree that Czechia as a whole differs from other European countries in xenophobia).

As Europe faces a refugee crisis, many Czechs openly reject diversity as a threat to their lifestyle and, along with their Slavic neighbors, strongly oppose plans for refugee resettlement. The word “refugee” itself has taken on a negative slant, worse than the milder word “foreigner” that is generally applied to immigrants. I fear that if the country accepted refugees, they would become Czechs’ self-fulfilling prophecy of social liability: that in being marginalized, they would be unable to integrate. They could end up like many of the Roma, living in segregated and simmering communities on the fringes of Czech cities and towns. 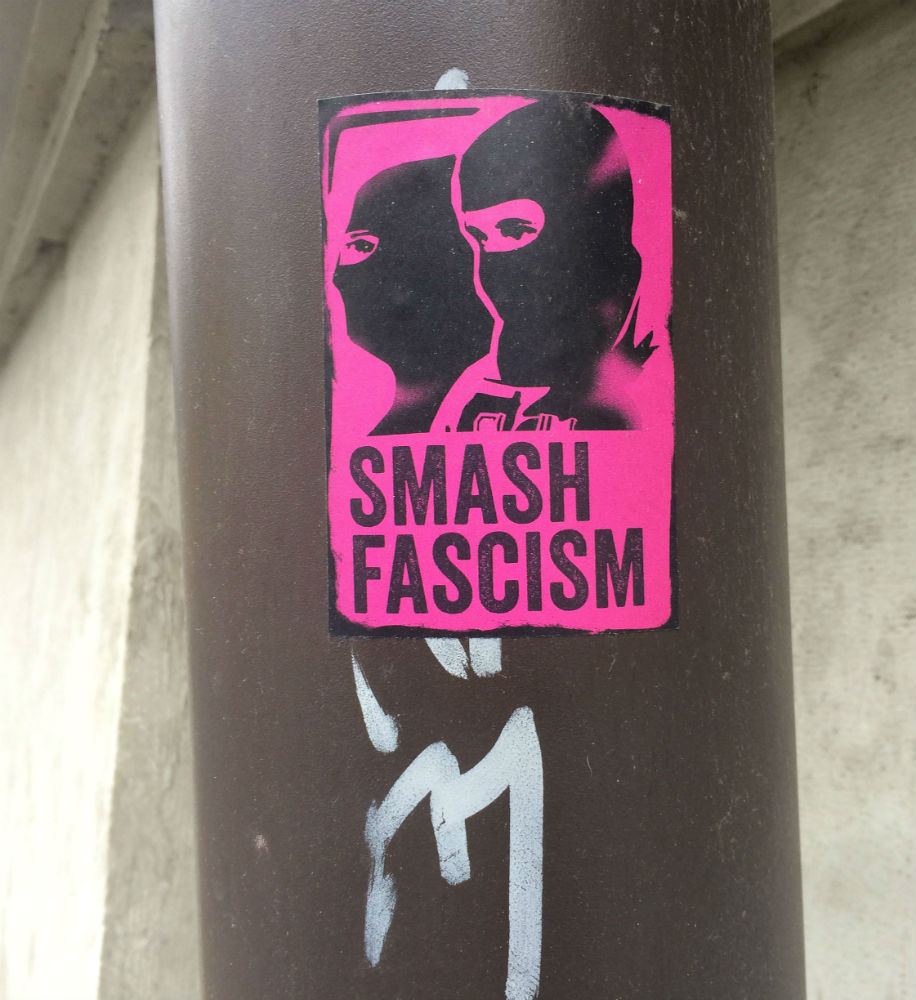 I sometimes ask myself whether, considering their historical isolation, if Czechs’ can be faulted for their attitudes.

When I tell my students about the historical plight of many Native Americans – whom they have previously only known as ‘Indians’ – my students express sympathy. The looks on their faces show an ability to imagine the suffering Native Americans endured at the hands of the European settlers. But on a larger scale, it highlights an abstract capacity for sympathy, shared universally among us, towards those we don’t really understand or feel are relevant to our lives.

Some Czechs will openly state that they are racist. They know in theory that it’s wrong, but theory doesn’t always translate to practice.

In the U.S., hate crimes are on the rise; Neo-Nazi rallies and #AllLivesMatter are political flashpoints in a culture war. How can I expect my students to educate themselves on these topics when many well-intentioned people in the U.S. simply don’t bother?

This doesn’t mean we shouldn’t persist in teaching acceptance of those who are different from us. Without attempts at exposure, there won’t ever be exposure. It’s necessary to start somewhere, to make the first pinprick towards shedding light.

This piece was written by Chloe’ Skye. She is is an ESL teacher, poet, and avid traveler from New York. She moved to Czechia in 2014 as a Fulbright English Teaching Assistant and keeps a travel blog called Chlohemian about her life abroad. Her future isn’t clear yet, but she knows it will involve three things: 1) a Master’s degree in a field that combines language and culture, 2) dedication to improving intercultural relations worldwide, and 3) never-ending travel, learning, and new experiences.