Every month, Fulbridge interviews an ETA from around the world to get a glimpse of what life is like in different placements. This month, we’re featuring Colleen Lawson-Thornton, who spent the 2017-2018 school year as an ETA in the Netherlands. The interview was lightly edited for clarity by Lisa Gagnon, a 2017-2018 ETA in Latvia.

Prior to becoming a Fulbrighter, I spent 8 years working in the School District of Philadelphia, a large, urban district that is extremely underfunded and under-resourced. Despite working alongside phenomenal educators, I consistently saw my students and my school(s) categorized as “underperforming.” I selected the Netherlands because of the country’s high global ranking in education. I was curious about what teachers were doing in the Netherlands that yielded outcomes so much higher than teachers in the U.S. I hope to learn the best practices from the Dutch system and translate them to my own practice in the U.S, and, hopefully, share what I’ve learned with fellow educators in Philadelphia.

I think the biggest difference is that the Netherlands is a much more organized and people-centered society. For example, the Dutch work-life balance is very different than that in the U.S. It seems to me that the majority of “Dutchies” view their jobs (even if they are passionate about their work) not as the center of their lives, but rather as a means to enable the other parts of their lives. In the U.S., we put such emphasis on our “work selves” defining our success or failure as individuals, and that does not happen much here. In the Netherlands, I am expected to put my all into the hours I’m scheduled to work, and then I’m supposed to leave work behind at the end of the day. No e-mail after hours, no stressing non-stop about my To-Do list, none of that. This means that, in general, I have much less stress here than I did in the U.S., and I find more enjoyment in my work because it is not the only thing that defines my success as a person. 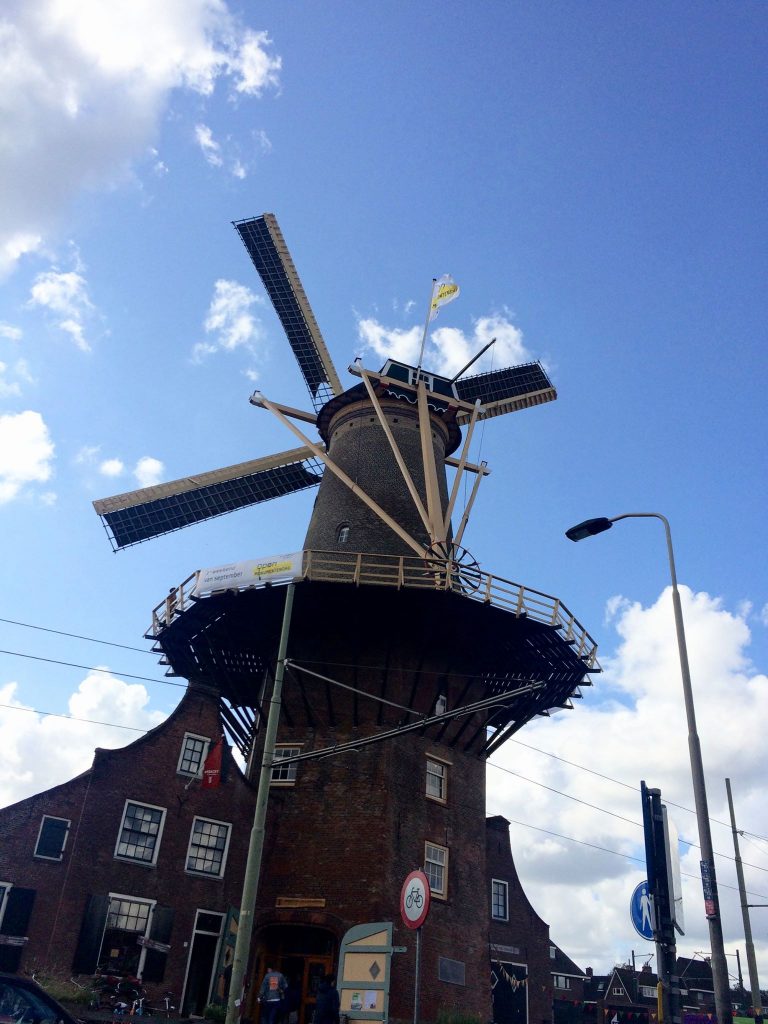 This might be the “Dutch-est” picture I have: “Molen de Roos,” Delft’s windmill. It’s from the 14th century and is still used to grind grain. On open monument day I got to climb all the way to the top!

To me, the Netherlands feels similar to the U.S. in regards to issues surrounding race and gender. However, most Dutchies ignore issues related to race and gender because the country’s mentality is, “doe normaal,” aka, “fit in and don’t make waves.” This means that most Dutchies would say there aren’t any major issues related to race or gender, even though, from my perspective, that is not the case. In the Netherlands, there are issues surrounding what it means to be Dutch, and who is Dutch. Many of my first and second generation students are not viewed as wholly Dutch, despite being born in the Netherlands and speaking Dutch as their native language. When it comes to gender, most of my female students will tell me that there is not sexism in the Netherlands. While I think it is typical for young adults to not realize the extent to which racism and sexism affect their lives, I struggle more to have conversations about race and gender here than I did in the U.S.

My typical day in the Netherlands is wonderful, and I have a lot of time to pursue my interests.

6:30am: wake up, get ready for work, have breakfast

I live in Delft, which is basically the quaintest town in the Netherlands (maybe in the world), so I’ve become a total townie since moving here. I go on daily walks, visit a new cafe/shop every week, and attend as many community events as possible. This has helped me really get to know Delft, and I now feel like this is my home. I’m also lucky that many of my coworkers and students also live in Delft, so I am frequently able to see them when I am about town. 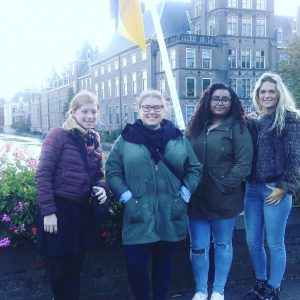 ROC field trip: Students in the management assistant bilingual program planned a field trip to welcome me! We visited den Haag, where students taught me about Dutch government and history.

Not knowing Dutch has been a bigger challenge for me than I anticipated. Everyone here speaks English, so I can function fine without knowing Dutch, but it’s made it more difficult to make friends than I anticipated. Everyone may speak English, but that doesn’t mean everyone wants to speak English on their break or when going out, because it’s work. I am trying to learn Dutch, but it’s a much more difficult language than I realized, so it’s slow going.

The other major challenge that I faced was finding housing. Dutchies typically buy their homes, so there is a very small rental pool. This, paired with the high volume of students looking for rental properties, has created a housing crisis. One city even reopened a refugee camp to create enough temporary housing for students! Since I am not a student (and at 31 years old, not near student age) and I am not Dutch, finding a place to live was a real struggle. I found an apartment, but that really was luck more than anything.

First, the ETA cohort in the Netherlands is very close, and developing relationships with the other ETAs and having them as a support system has been a huge highlight for me. They have made this experience easier and a lot more fun!

I had students write their own versions of Martin Luther King, Jr.’s “I Have a Dream” speech, and the final products were amazing. I loved seeing my students’ writing develop between drafts, and love their visions for a better world. I can’t wait for them to be in charge.

Right before winter break I was able to attend a field trip to Efteling, a fairy tale-themed amusement park. Efteling is beloved by young and old in the Netherlands because of Dutchies’ nostalgia for their childhood visits. The visit gave me insight into Dutch childhood, and also gave me time to bond with my students and coworkers outside of class. 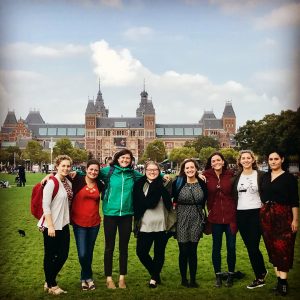 Many depictions of the Netherlands only focus on the party culture of Amsterdam’s center. As a result, I figured that most Dutchies would be pretty rowdy, but that doesn’t seem to be the case. Dutchies are more likely to want to stay home with their families, or go out to a cozy cafe with their friends, than get wild in the Red Light District. They’re a lot more wholesome than stereotypes make it seem.

I’ve already grown a lot in my self-confidence. From this experience, I know that I can go anywhere and make it work – and even thrive. I’ve always been someone who has had a plan: college, then grad school, then teaching, then leadership. It feels like I’ve spent a lot of my life doing what I thought I should do more than what I wanted to do. Becoming an ETA was my way of confronting that feeling, and forcing myself to follow my dream of living abroad. The uncertainty that has come along with living and working in a new country has pushed me far outside my comfort zone and forced me to chill out about a clearly defined path to follow. 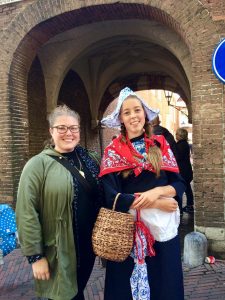 This picture is from open monument day in Delft, which is when all of the museums have free entry. In addition to free admission to museums, my super cute town had lots of activities to celebrate Dutch heritage. This lovely woman is dressed in a traditional Dutch outfit.

The Netherlands is a wonderful country. Come visit!

Also, if you’d like to learn more about my time in the Netherlands, you can follow my teaching blog:  netherlandseta.wordpress.com, or my personal blog: facebook.com/ipostwhatilike.

Colleen Lawson-Thornton is from Philadelphia, PA. She graduated from the University of Michigan in 2009 with a B.A. in American Culture and English Language and Literature, and from Arcadia University in 2011 with an M.Ed. in Special Education. Before becoming a Fulbrighter, she worked in the School District of Philadelphia as a Special Education Liaison, humanities teacher, and student activities coordinator. After Fulbright, she plans to continue expanding her work in cultural and educational exchange programming.